In 2017, the City of Roeland Park City Council adopted the R Park Master Plan to plan the future of the City’s signature park. The Master Plan was developed with input from citizens on the Parks & Trees Committee as well as others who participated in a Universal Design Charrette facilitated by Mid-America Regional Council (MARC). The charrette was funded by a grant from AARP and helped lay a plan to incorporate universal design principals into the R Park Master Plan, with the goal of making it accessible for all ages and ability levels. Adoption of both plans earned the City the Communities for All Ages Gold-Level Recognition in 2019.

The Master Plan laid the ground work for the Phased Development Plan, which created the designs and cost estimates for completing the project. The Phased Development Plan was adopted by Council in March 2019 and created three phases of the project to be completed as budget allowed. Thanks to the Council’s decision to transfer excess resources beyond the adopted reserve goals from the General Fund to the Special Infrastructure Fund, construction of Phases 1 and 2 will break ground in April 2020. Below is an approximate timeline for construction. Please note these dates are subject to change based and can be influenced by whether and other factors.

The R Park Improvements will take place in three phases, with the first two taking place at the same time to capture economies of scale. A full explanation of all phases can be found in this presentation from the City’s Engineer Lamp Rynearson. Phase 1 consists of a new mid-sized pavilion, a new restroom facility and with access to ADA parking, and removing some asphalt returning it to greenspace, and landscaping. Phase 2 consists of primarily adding a soccer field and landscaping. The option to add additional parking was not included in the bid for this project and may be done at a later date.

The total project budget for all three phases of the R Park improvements is $1,742,000. The bids for phases 1 and 2 came in very competitive and the low bidder, Mega KC, was selected with a total project cost $344,000 less than budgeted. This includes five additional features or bid alternates to the pavilion - a fireplace, a stone wall with pergola, a grill with stone island, a south-east wing and performance stage. 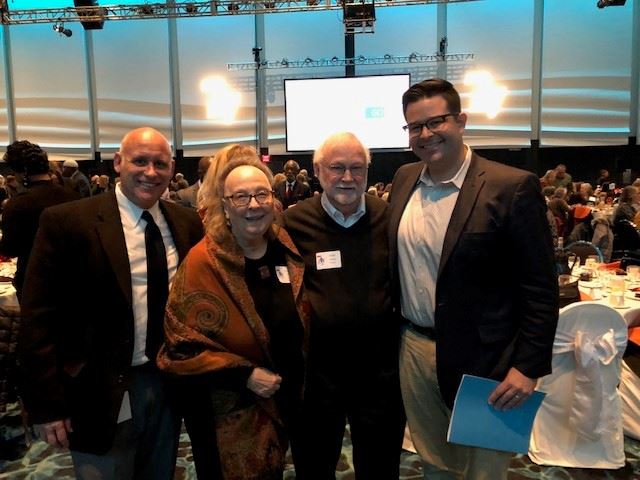 The Citizens Fundraising Initiative for R Park is a grassroots organization led by long-time residents Gretchen and Ardie Davis that have committed more than $50,000 that they fundraised to the construction of the R Park pavilion. The generosity and support of our residents is the key to the success of R Park. To recognize the efforts of the Davises, the Parks & Arts Committee recommended naming the pavilion the Gretchen and Ardie Davis Community Pavilion at a Council meeting on June 17, 2019. In appreciation of their efforts, the Council unanimously approved the naming of the pavilion in their honor. The City would like to thank all of the residents, businesses and others who have invested their time, energy and support into R Park and its improvements.

Please join the meeting from your computer, tablet or smartphone.
https://global.gotomeeting.com/join/140695085

New to GoToMeeting? Get the app now and be ready when your first meetingstarts:
https://global.gotomeeting.com/install/14069508